"Ships at a distance/
Have every man's wish on board"/
So wrote our Zora.

Today, Saturday, January 28, marks the anniversary of the death of Zora Neale Hurston (b. 1891 - d. 1960). I came across this rare color photo of her while surfing the Internet, only to discover that the Beineke Library at Yale had digitized all of Carl Van Vechten's nearly 2,000 color photos of African American authors, dancers, singers, intellectuals, and others involved in the arts and culture of America, mainly during the first half of the 20th century. Here is a link to the collection:

Today is a good day to read Hurston's masterwork, Their Eyes Were Watching God, and to reflect upon her brilliant writing.

The words she lived by/
We take note of them today/
"And justice for ALL."

On this day (January 25) in 1966, the Hon. Constance Baker Motley was appointed as a federal judge by President Lyndon Johnson, representing New York's Southern District. She became the first African American woman so named. Her legacy endures--there are far too many accomplishments for me to list here. Below is a link to the Columbia School of Law entry on Judge Motley, a 1946 graduate.

Here also, are a few excerpts from the Wikipedia entry on her life and accomplishments. Click on this link (here) for the complete entry:

[Judge Motley’s] legal career began as a law clerk in the fledgling NAACP Legal Defense and Educational Fund (LDF), where she worked with a distinguished group of civil rights attorneys, among them future U.S. Supreme Court Associate Justice Thurgood Marshall, prominent Jewish-American civil-rights advocate Jack Greenberg, and many others. As the LDF's first female attorney, she became Associate Counsel to the LDF, making her a lead trial attorney in a number of early and significant civil rights cases.

In 1950 she wrote the original complaint in the case of Brown v. Board of Education. The first African-American woman ever to argue a case before the U.S. Supreme Court, in Meredith v. Fair she successfully won James Meredith's effort to be the first black student to attend the University of Mississippi in 1962. Motley was successful in nine of the ten cases she argued before the Supreme Court. The tenth decision, regarding jury composition, was eventually overturned in her favor. She was otherwise a key legal strategist in the civil rights movement, helping to desegregate Southern schools, buses, and lunch counters.

Posted by Rebecca Williams at 11:58 AM No comments:


A new semester/
Filled with freshness and promise/
Tabula rasa. 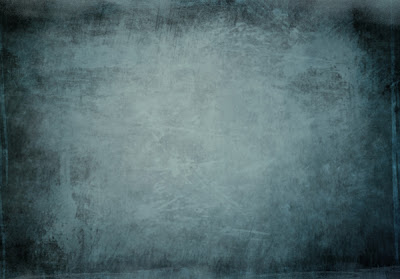 Posted by Rebecca Williams at 9:15 AM No comments: