OUT, LOUD, & PROUD! (As All Children Should Be) 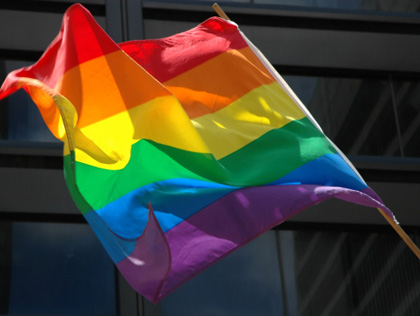 Posted by Rebecca Williams at 9:55 AM No comments:


On Thursday afternoon before heading to the special meeting regarding the transitioning of day care services from the city of Plainfield to a non-profit provider, I wrote a response to one of the local blogs (Plainfield Latino) to clarify my reason for supporting the transition, as well as to clear up some misstatements in the editorial--by the time you see this, my comment will probably already be  published on the Plainfield Latino blog.

However, I figured I may as well post my reasons here, on my own blog, as well--I have a couple of additions. In the time since I first sent this comment to be published on the blog (yesterday afternoon), we ended up passing the resolutions to begin the transition process. It passed 4-0, with “YES” votes from Councilors Rivers, Storch, Toliver, and me. Councilors Brown, Greaves, and Taylor were not in attendance. I am confident that I made the right decision in supporting the resolution, which will help all of our residents:


I have made a couple of additions in red.
[Original comment published on Plainfield Latino]

There are some inconsistencies in this blog post [post on the transition] regarding the transitioning of the Bilingual Daycare Center to the nonprofit organization (HOPES), which is very experienced, which has a great reputation, and which is ALREADY providing bilingual education services in Plainfield (as are many others, as Mr. Goldstein also noted). I hope to correct them, from my perspective. We may still disagree on whether the transition is the best thing, but I figured I should at least let folks know why I think the transition would be a positive thing and why I support it. I could not be present at last Monday's meeting, but I could hear (some of) the discussion and concerns, which are what I want to address.

First, this has been a topic ever since the previous administration--I know, because I remember it from 2011 or 2012 (I came on the council in 2011). I think the CBAC might have recommended it, given the cost to the taxpayers in comparison to other daycare providers. [Alan Goldstein noted that it had been a discussion item of the Citizens Budget Advisory Committee in prior years, when he served on the committee.]  The previous administration had discussed it, but it never came to anything--possibly because of turnover in the cabinet's top administrative ranks--I don't know, but it was dropped for the time being. So, it didn’t come out of the blue—the director and staff have known for a long time that the idea of transitioning to a non-profit was in the air.

Regarding the present, though, the 69 children who are annually served by the Bilingual Daycare Center will continue to be served--they will stay in the same building with the same name, and there will be no interruption of services for them. To frame this as something the administration is doing to target Latino children is very misleading--for what reason would any administration do this? The 69 children will not suffer but will be well served, as are the many thousands of other Latino children currently being served other nonprofit providers as well as by HOPES. The fact that the Bilingual Daycare Center only serves 69 children per year clearly means that literally thousands of other Latino children are being served by the other providers in the city.

I have not been hearing (and I have talked to some of my constituents about this over the past few weeks) that the services from all the other daycare centers are inadequate or lacking in any way, and I have not seen any data or evidence from anyone on this blog to that effect, either.

Again, the fact is that the Bilingual Daycare Center is not closing--the way the program is being administered is changing to a nonprofit, which is how many other bilingual daycare centers in the city operate. HOPES has been around for 50 years, and has had great success. [HOPES will also be bringing several ADDITIONAL services to the Bilingual Day Care Center. Services that are not provided at present: a nurse, a mental health expert, a nutritionist, and a couple of other services.]

Please note: one of HOPES's Day Care Centers operates at St. Mary's Church (and has been doing so for years) and primarily serves the Latino community. It would make sense to talk to the parents of some of those children, as others have, to see how they feel about the quality of bilingual daycare provided to them by HOPES--also, talk to some of the parents at the other day care centers in the city. I attended the graduation/move-up ceremony of one of my goddaughters at St. Mary's a while back--the children, parents, and staff all seemed quite happy and well-adjusted. Anytime I had to pick her up, everyone was wonderful to her and all the other children. Posting accurate information about what the transitioning of providers from the city to a nonprofit organization means is important to our community—and we owe it to the parents who have their children at some of the other bilingual day care programs in the city.

If the city council decides to approve the transition, I am confident that the children, our primary concern, will be well-served. I hope that I have clarified my position. Again, we may disagree on this as a matter of policy, but my intention is to vote in the way that I feel will give the city (and especially the children) the most positive result.

P.S. Keep in mind as well that the administration makes proposals, but the city council has the final say. Each councilor will vote for what she (or he) thinks will work, just as each of us voted for the budget and its amendments.

Posted by Rebecca Williams at 9:48 AM No comments:

Dog Days - Keep Your Pets Inside!

Many of you will remember that, earlier this year, the Plainfield City Council passed an ordinance (MC 2015-09)* to amend and supplement Chapter Five, Article Seven, concerning the care and treatment of animals. We amended Section Eleven and added Sections 6A and 6B. This was in response to what happened to Buddy, a Plainfield dog who became a local media sensation after his story of being kept outside in impossibly cold weather went (sort of viral) on social media. Part of the ordinance changed the laws on tethering animals, and the other part (Section 6B) made it illegal to keep an animal outside and unattended in extreme weather--either under 32 degrees or OVER 85 degrees.

The weather outlook for today fits the parameters of the ordinance--meaning, it is supposed to hit about 93 degrees, so make sure that pets are kept inside, cool, and hydrated, and follow the law. If you see an animal being mistreated, or kept outside in violation of the law, please contact the authorities.

*Check the Municipal Code or Ordinances for the complete law.

Posted by Rebecca Williams at 9:17 AM No comments: 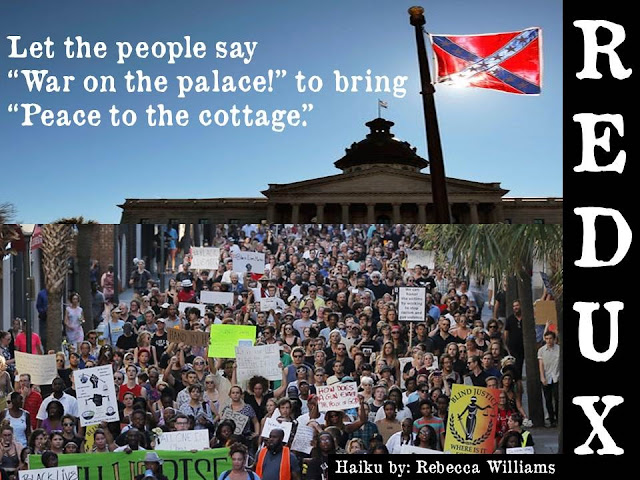 Posted by Rebecca Williams at 11:24 AM No comments:

Intermingled grief and rage...back to haiku. 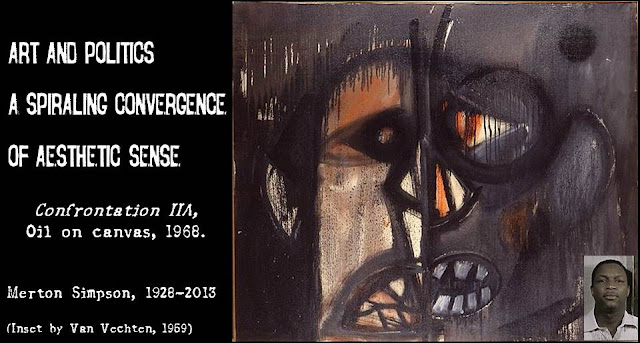 Posted by Rebecca Williams at 9:47 AM No comments:

Ladybird's "Eartha"
Whose piercing gaze spears the soul
And arrests the heart. 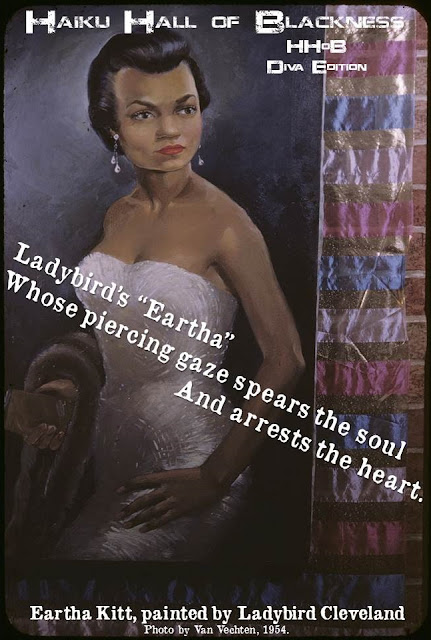 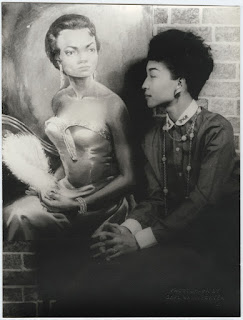 Posted by Rebecca Williams at 10:49 AM No comments: